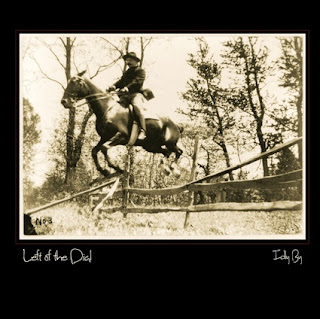 Left of the Dial- Idly By 12” review
Admittedly, this is not my kind of music; usually, pop punk and melodic hardcore don’t much appeal to me.  However, given this prologue and word of warning, I shall proceed.
The songs are punny and alliterative, complete with nasally and higher-pitched croons and clean, clear, crisp sounds behind it.  The guitar work is pretty standard, not tremendous nor terrible, the bass blends in to the guitar quite well, and the drums are audible, not drowned out by any of the other audio tracks.  The songs didn’t really elicit any large emotional response from me, but I didn’t feel like tearing my ears off while listening to this.  For a genre of music I don’t like, that tells me that this is a good record.  For the pop punkers and the hardcore kids who aren’t afraid to cry.

Show review: The Repos/Auslander/Known Abuser/Cleveland noise act, at the Bunker, September 5th, 2014
Now, this was a weird show, and it would eventually be in a good way.  I spent 3 hours driving around at my job, and another 3 driving to Grand Rapids from Detroit- the long drive was enough, not to mention the freak storm that knocked out a bunch of power all over the state later on, that I drove right fucking through.  Eventually, I made it to Grand Rapids for a record store trip (got a nice haul), a stop at a local pizza place (surprisingly good), and a show.
The show starts around 10:30, which is way later than usual for a Grand Rapids show (usually, these are dead on time, short sets, everyone's up and out of there in time to get 8 hours of sleep and go to work in the morning).  The first band (not sure if it was Broth or if it was a band who replaced them) was some noise project that seemed like it was straight out of a college art class- take elements that don't usually mix together, and mix them together, and call it art.  The problem with this, is that it sucked, even from a "broaden your horizons" perspective.  Some noise isn't too bad, some of it is even good- but this, this seemed so contrived and by-the-book for a musical endeavor that I couldn't take it seriously, but they did leave me a nice opportunity to nod off and get some rest.
The second band went on maybe 10 minutes after the first one, so I thought it might be flowing really well, as per usual for a G.R. show.  Known Abuser went on, and they did a fucking HAUNTING cover of "How Much Art Can You Take" (by SSD) that rivaled the original.  The originals were not far removed from the style of the Repos, to the point of where I thought I was watching the Repos and was waiting for them to do some songs that I knew, which never happened outside of the first song.  So, with this in mind, I was kinda bummed, and wandered around looking for people I knew, only to find that there weren't much of any friendly faces at that point.
I retired back to the couch for the third band, Auslander, who played this really rhythmic "out with the boys" kind of Oi!  Not bad for what it was, but given that I was very tired and the music was kind of dry and mundane (like most Oi!, mind you), I quit paying much in the way of attention.  I'd like to see these guys in Detroit, I feel as though they'd have quite a bit more ability to interest the crowds here.
After an hour and a half of waiting for the Repos to go on, I was about to leave, since I had to work in the morning and had a 2.5 hour drive ahead of me.  I noticed that a drummer was setting up equipment, but it seemed like everyone had filed out like the show was over, so I went upstairs to piss to see if that was indeed the case.  It kind of looked like it, but I held out hope for a few more minutes until I could buy some much-needed Repos merch.  I did this, and I noticed more people filing back down and more band members setting up.  FUCKING FINALLY!  The Repos were going on!
They were of course the last band of the night, and there was no explanation given as to why they went on late.  They went on, and blasted away their demented 80s-style fast/faster/fastest hardcore punk, the way I've always envisioned it.  Though I didn't know a few of the songs they did, I did know a few of them, "Valium Coccoon", "Pig Acts", and I think they also did "Kids Don't Care".  It was brief, but energetic, volatile, yet friendly and welcoming, the way a hardcore/punk set should be.
Also, after the set was over, I ran into the folks in Snakes and Detain (some of the nicest folks I know, and some of the only Grand Rapids people I'm fond of), and had a merry time with them until I had to depart for Detroit.  It was worth the long drives and sleep deprivation the next day. 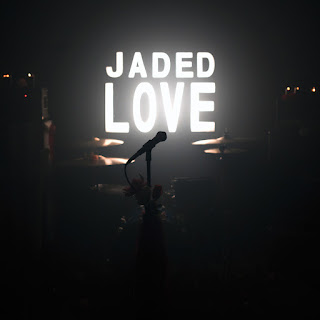 The Beautiful Ones- Jaded Love LP review
This is one of the strangest mixes of music I have ever heard.  If nothing else, this is, without a doubt, unique.
If there were three bands one could associate with this group, they would most likely be Type O Negative, Biohazard, and Twitching Tongues.  This mixes the mid-90s New York hardcore/metalcore sound with the heavy, crunching riffs and steady rhythms and the tuneful, love-boasting deep voice reminiscent of an anxious, throaty, teenage Morrissey.  This has got some groovy beats, and has the benefit of actually fitting as a full LP and not just a large collection of songs on a slab of twelve inches of wax.  The breakdowns on this record are some danceable/2-step-able ones for sure, even if the ambient rhythms mixed in between them make one go, “What the hell?” some of the time.  Last song has the hardest line I’ve heard in a while “At least we all die alone”- a nice conclusion to a record about love.  I admit that this isn’t really my kind of thing, but this is definitely worth a listen- it is not time wasted.